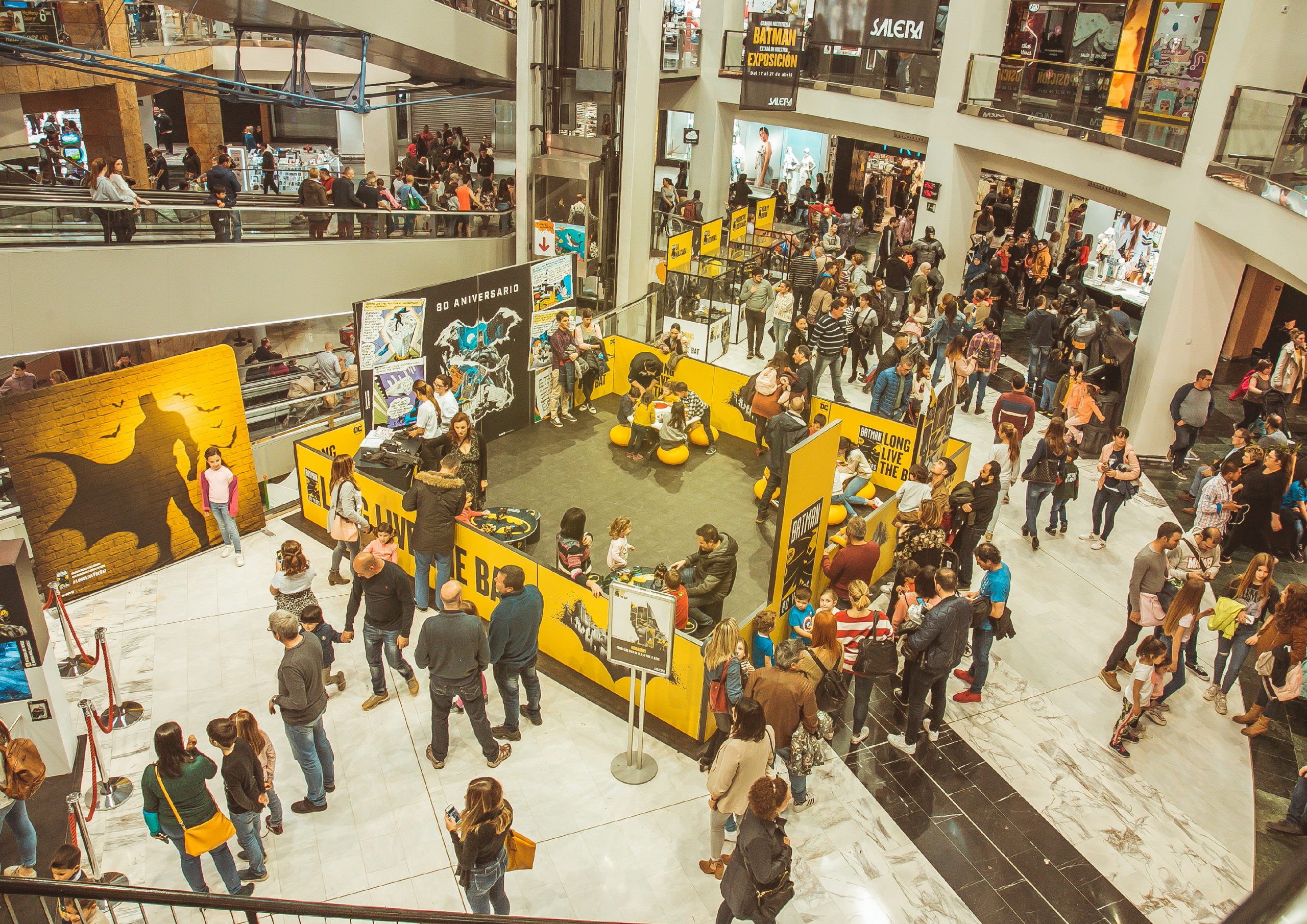 To celebrate the Batman 80th Anniversary, we went through 12 shopping centers managed by CBRE in Iberian.

The event, which had an informative website, was composed of several zones: an exhibition area with showcases where official products were shown, an area with videogames from different times, an official playground for children, several giant photographic opportunities and up to 12 sculptures of the different characters of Batman in history.

The union of the BATMAN brand, taking advantage of its 80th Anniversary, with this event, made exclusively for the real estate services firm, achieved very positive results both for superhero fans and visitors to shopping centers. It was the first time that CBRE made an exclusive agreement of this kind, but we know it won’t be the last! 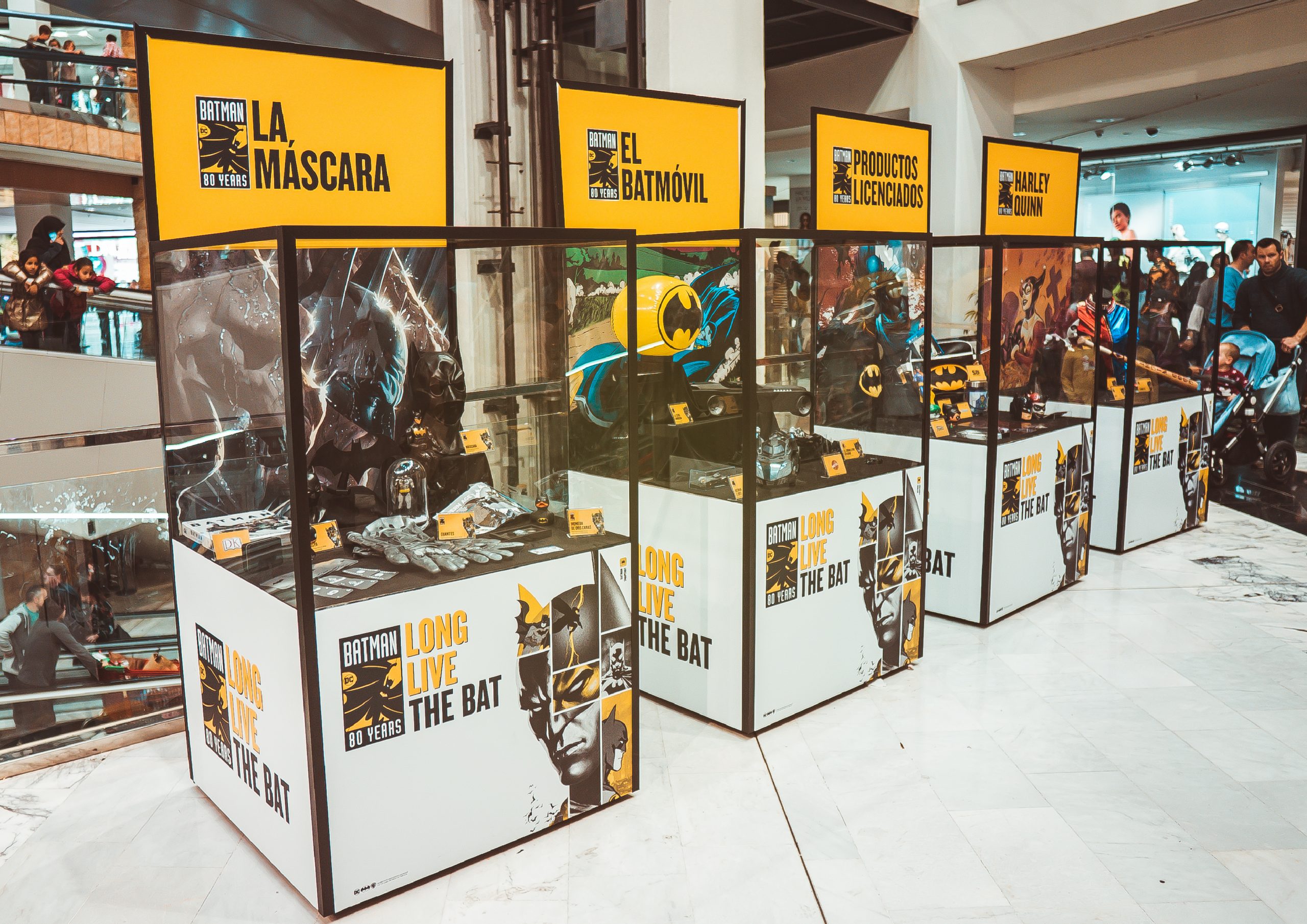 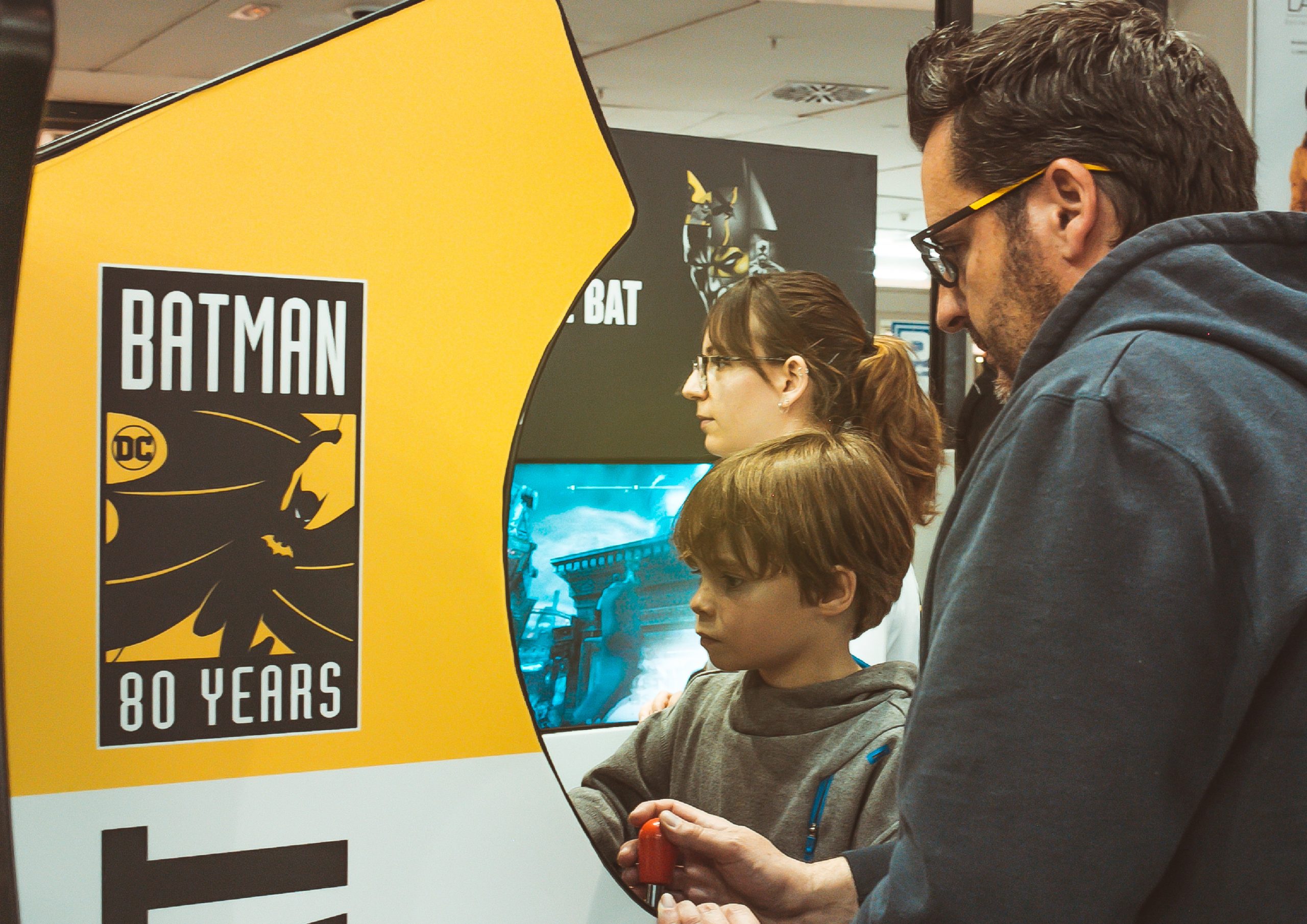 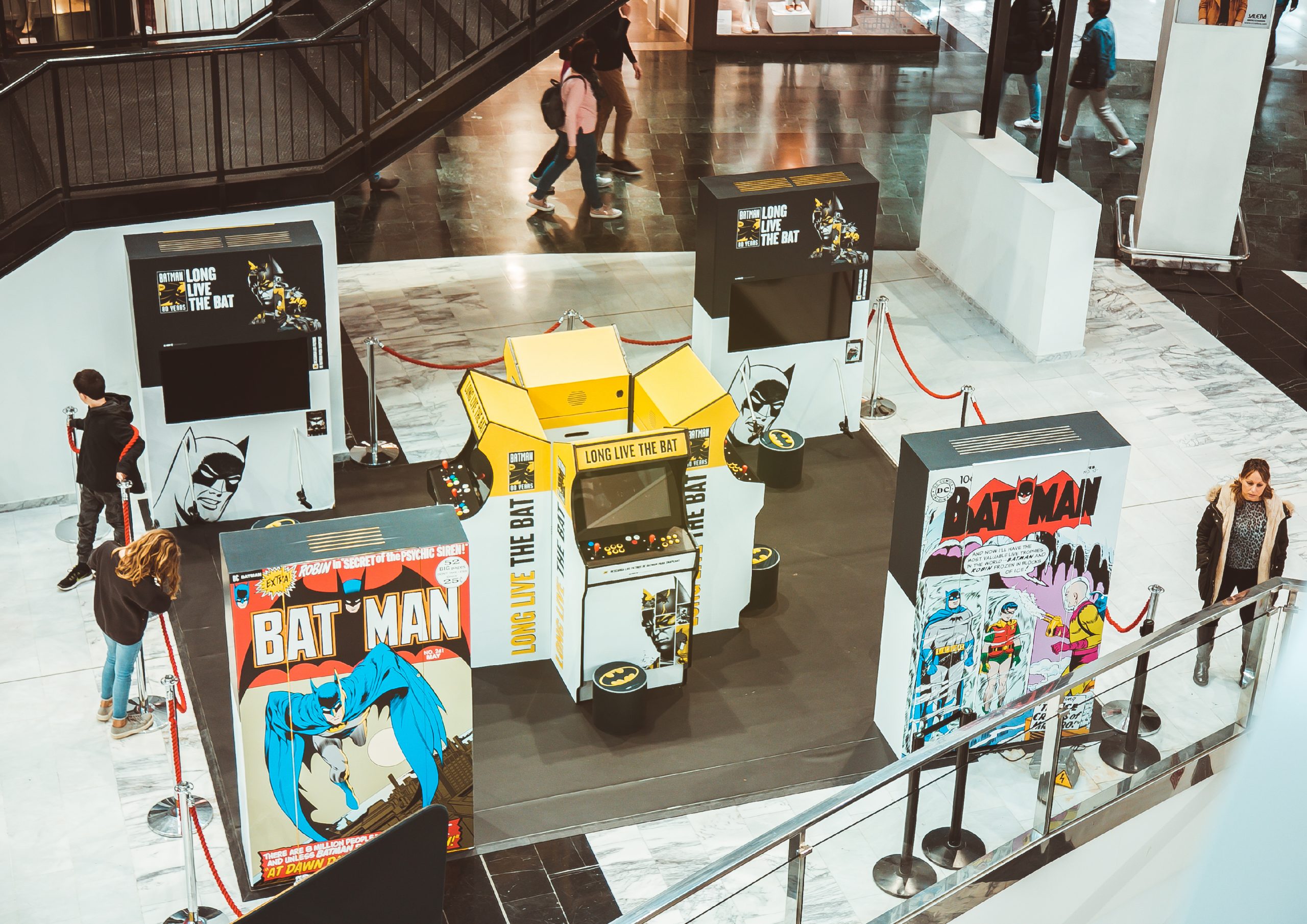