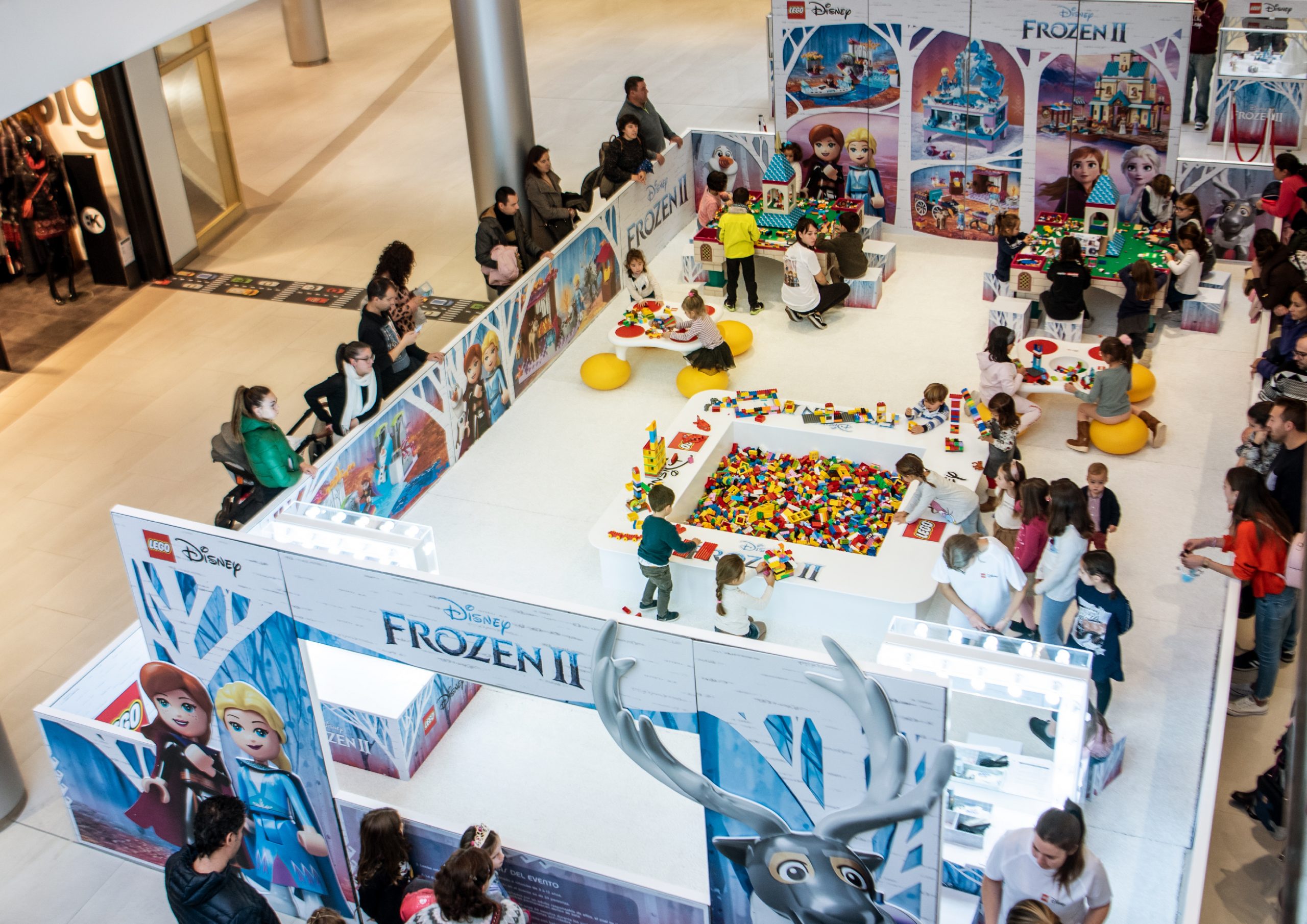 On the occasion of the new Frozen II movie launch, we held an event that combined the magic of Disney with the power of LEGO® .

It was the first official FROZEN event, which allowed children to build the world of ice on the basis of LEGO® bricks in spectacular construction areas that recreated the magical world. In parallel, other complementary activities were carried out, such as decorating their hair like their favorite character.

In addition, we made two giant sculptures of the LEGO® minifigures that served as a Photocall and setting for the game space. 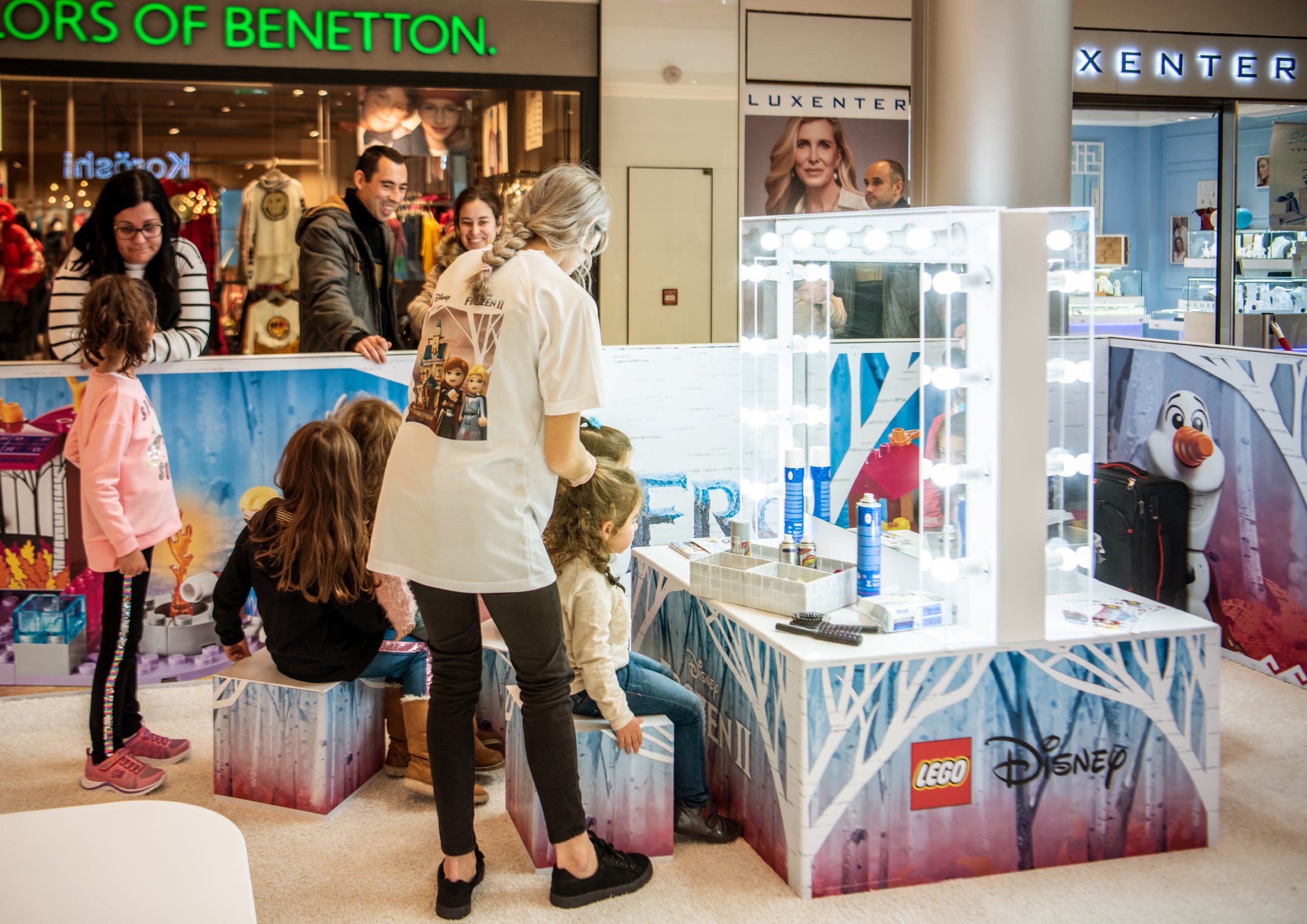 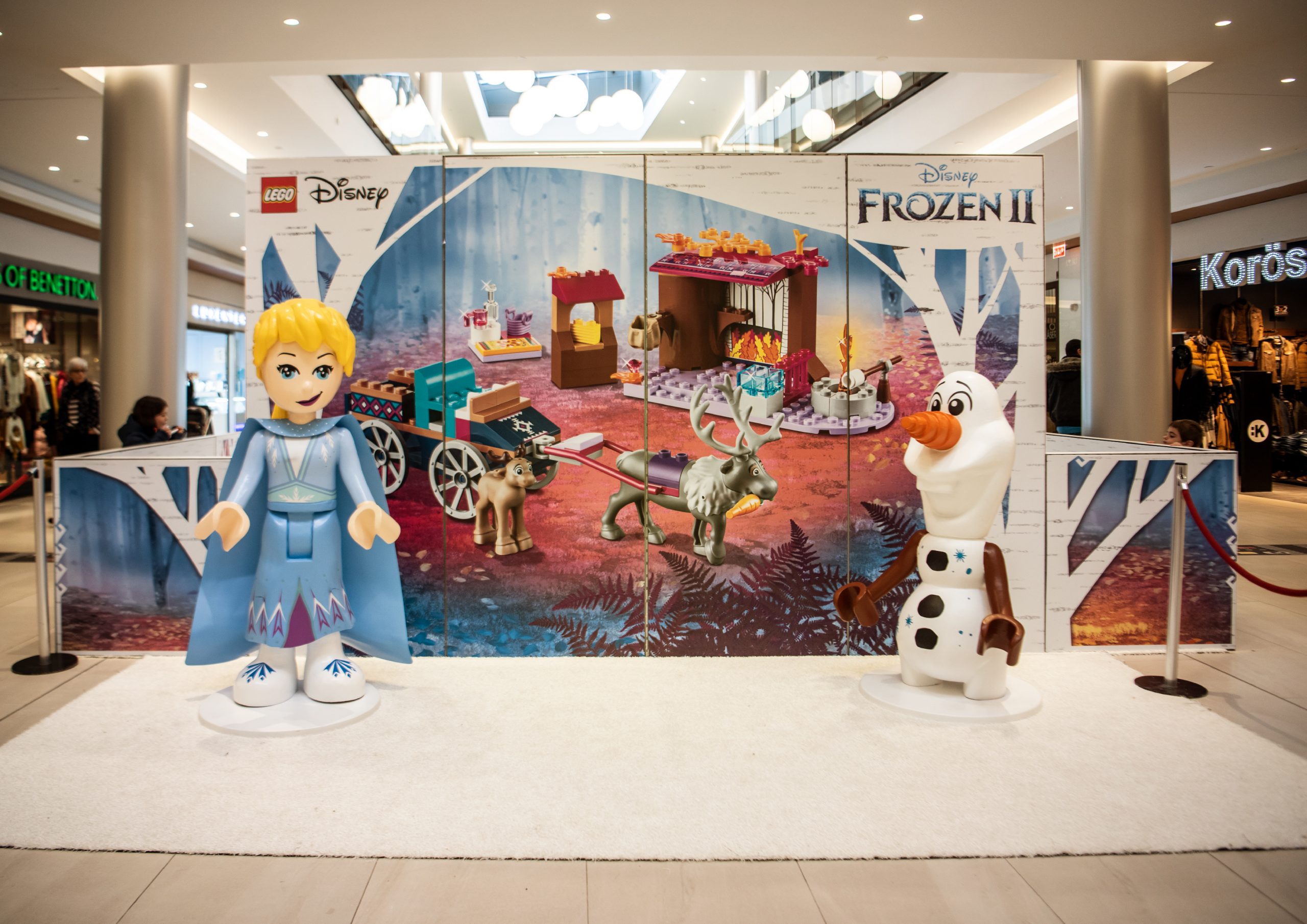 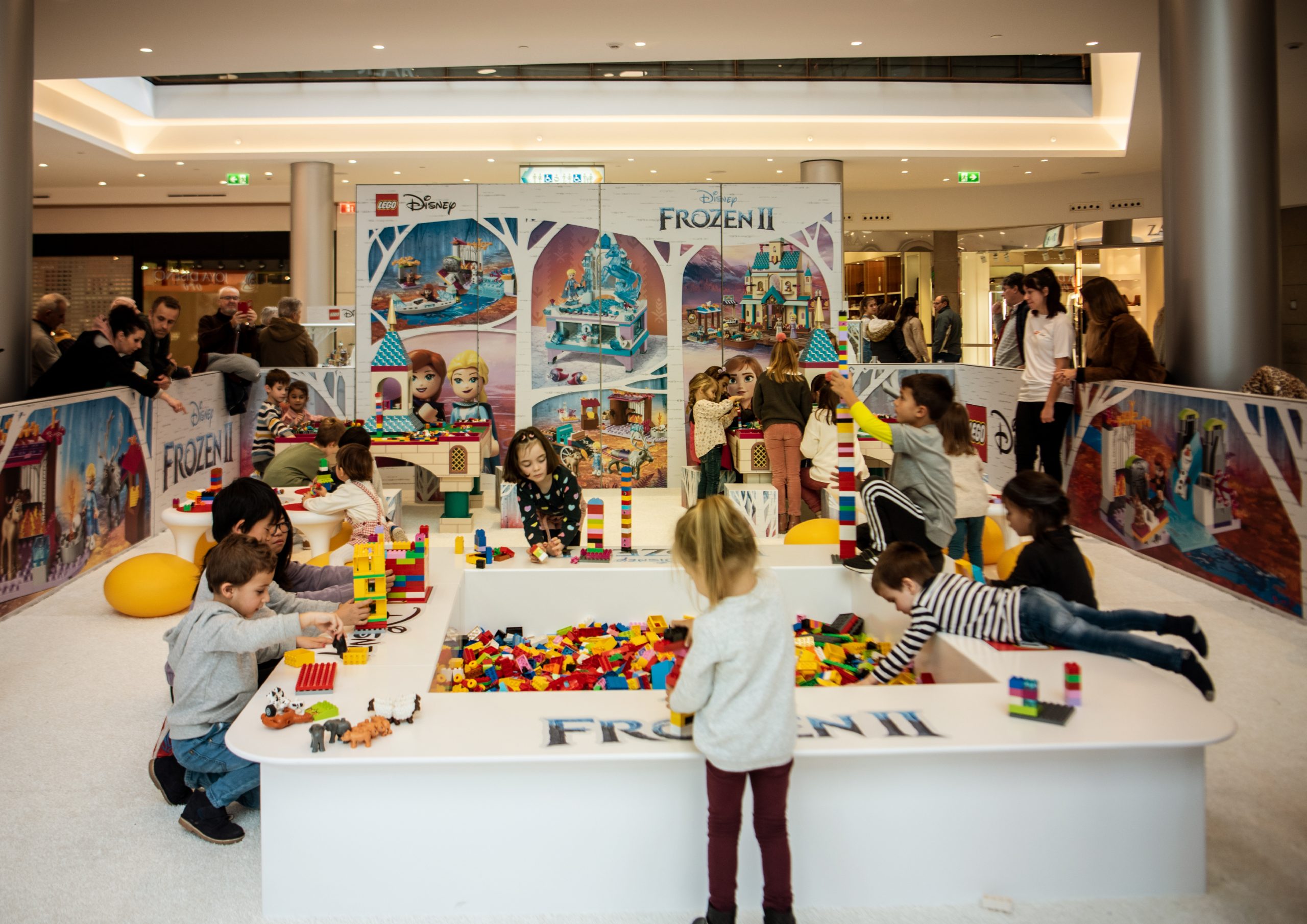